These overqualified groups are just waiting to be snatched up by smart companies.

Companies are fighting over the same Harvard MBAs and Silicon Valley talent. Instead, they should hire these underrated people. Here’s why aging Boomers, career pivoters, and those in overlooked talent pools might be the best recruits you ever make.

Moms: The most overqualified talent stuck at the playground

Plenty of employers dream of hiring temporary or part-time teams of seasoned pros adept at running multimillion-dollar marketing campaigns or spearheading strategic analyses. What they don’t realize is that playgrounds can be full of them: experienced professionals turned parents, who are eager to work but have been sidelined by parenthood for a few years or don’t want the full 9-to-5 commitment of their previous gig. “Small businesses have a unique advantage in that they can usually offer a lot more flexibility than a larger enterprise,” says Allison Robinson, founder of digital talent marketplace the Mom Project.

Communicating expectations and needs–on both sides–can help get new hires integrated faster and increase their tenure. Some women returning to work after a few years away are eager to embrace a traditional workweek, but others may crave flexibility–to work remotely, to create a set schedule that’s not 9 to 5, or to work the hours needed to get the job done rather than hewing to a strict 40-hour standard. 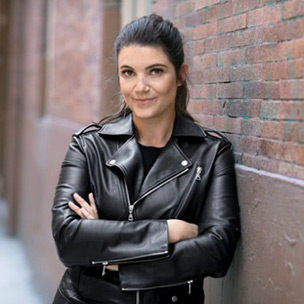 Check out the Mom Project, the Second Shift, Aprs, Werk, and Mom Corps. Each org’s process varies–from a DIY job board to having the team screen and curate candidates for you–as does the fee structure. There’s also been a bumper crop of work-training hybrid programs aimed at tuning up people’s skills after a few years on the sidelines. OnRamp Fellowship connects companies with legal and finance people, and through the nonprofit Path Forward, companies offer “returnships,” mostly for tech employees who have been out of the workforce for at least two years to focus on caregiving. The Mom Project also offers a “maternityship” option, in which you cover an employee’s maternity leave with a temporary hire of a parent looking for reentry.

Temporary or returnship roles can be a great way to test the waters: At Intuit, three-quarters of the 30 women who participated in its returnship program in India have joined full time. In March, the company rolled out the program in the U.S.

Returnships are up and running at giants such as Apple, Goldman Sachs, and PayPal and at upstarts like Instacart and Udemy. Box, Aflac, Netflix, Etsy, and Facebook are just a handful of the businesses using the mom-targeted placement firms to find their next hire.

Veterans: Wired for everything from customer intel to robotics

Military specialties such as aircraft maintenance and construction equipment operations translate directly into civilian life, says Ross A. Brown, head of military and veteran affairs at JPMorgan Chase. At his employer, for example, those previously in military intelligence excel at customer research. Many vets also have experience with advanced technology, including GPS, A.I., drones, robots, and virtual reality, says Katherine Webster, founder of VetsinTech. Cybersecurity is a sweet spot, she says: “They have security clearances and an ingrained desire to protect.”

One of the fastest-growing populations of veterans is women. (Source: U.S. Department of Veterans Affairs)

In addition to tech skills developed in the military, many veterans are certified in software from Salesforce, and more than a dozen other technology companies have pledged to train 60,000 veterans and military spouses, mostly for free, by 2021. 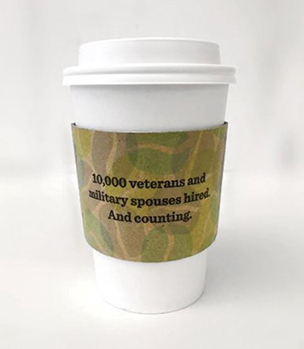 Communications in the military are simple and direct, lacking the nuance and social niceties of typical business exchanges, so teach new hires the less formal language of their new profession. Rising through the military is like walking upstairs: Each step is well defined and predictable. Rising in a business is like rock climbing: You’re always looking for handholds, sometimes going sideways before you rise. Managers should lay out career paths and requirements to veterans in detail. They should pay particular attention to leadership, to which many veterans will want to return.

Starbucks was recently criticized when an episode of racial insensitivity toward some customers got national attention. In hiring, however, the company has pursued diversity, including a push, begun in 2013, to hire 10,000 veterans and military spouses by this year. It’s already reached 15,000, and is on track to hire 25,000 by 2025. Most are young people early in their civilian careers with a single tour under their belts coming in as baristas. But “we also look for more senior veterans to fill leadership positions: store managers and district managers,” says Matt Kress, Starbucks’ senior manager of veterans and military affairs. “When we put veterans into field leadership positions, the retention is so high it is amazing. This started as a national obligation, but we quickly realized that they make us a better company.

One-third of veterans are underemployed. (Source: ZipRecruiter and the Call of Duty Endowment)

Retirees: Who wants golf when you can reinvent yourself?

Older adults can bring to the team both deep business experience and jam-packed Rolodexes. They’re also more loyal: In 2016, workers above the age of 55 had a median tenure of more than 10 years with an employer, versus 2.8 for Millennials, according to the Bureau of Labor Statistics. And research indicates that multigenerational workforces are more productive and have less turnover than companies without age diversity.

You might want to target “boomerangers”–people eager to return from retirement–or those looking to scale back from full time but not quit work entirely. Wahve is a contract staffing firm that specializes in those who are “pretiring,” mainly in insurance and accounting. RetirementJobs.com, which targets the 50-plus crowd, spans roles from CFO to sales associate.

According to AARP, nearly four in 10 workers over age 65 plan to continue working, compared with about one in 10 less than three decades ago. It is estimated that, by 2060, 27 percent of people age 55 and older will still be working, according to the BLS. Yet when the Federal Reserve Bank of San Francisco sent out more than 40,000 dummy job applications for lower-skill positions that included age indicators (such as date of college graduation or lengthy work experience), it found that applicants between the ages of 29 and 31 received a full 35 percent more callbacks than those ages 64 to 66.

Consider installing the Google Chrome extension Unbias Me, which hides an applicant’s picture when a profile is viewed on LinkedIn, Twitter, or GitHub. Also, give your want ads some close scrutiny: Recruiting for a “digital native” is straight-up biased, but there are more subtle signals that could be discouraging older workers, like bragging about the free beer and Ping-Pong perks or describing the culture as “young and dynamic,” says Kieran Snyder, co-founder of Textio.

Some senior workers expect to stay in their same industry, just charging ahead into their 60s, 70s, or 80s without slowing down. But others may be eager to mix things up, says Tim Driver, founder of RetirementJobs.com. “Compared with younger workers, people coming out of retirement are more apt to look for creative ways to plug into a company and help.”

While many large accounting firms still usher older partners out the door in their 60s, PKF O’Connor Davies actually seeks and hires senior accountants who have aged out at other firms. Many of the company’s silver-haired hires are paired to mentor less experienced employees–and most stay with the firm for five years or more. 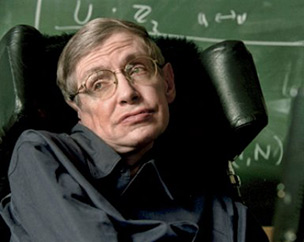 51%: The estimated segment of people with disabilities–both employed and not–seeking new jobs.

People with disabilities range from greeters at Walmart to the late Stephen Hawking (left). “There is a bit of a craze now for hiring people with autism for tech jobs because the jobs lend themselves to repetitive tasks and require an eye for detail,” says Carol Glazer, president of the National Organization on Disability.

“If you think about people who have to navigate a world that was not built for them, you have to be a good problem solver,” says Glazer.

Companies should ensure the application process itself does not discriminate. Job descriptions sometimes include unnecessary requirements. For example, written tests may exclude the blind, while behavioral interviews, which assess things like eye contact, weigh against people with autism.

Glazer recommends that if a manager has a disability, he or she discuss it openly. “You can almost hear a sigh of relief go through the workforce when a senior leader discloses a disability,” she says.

Career Pivoters: Hungry to recast their agility to fit your industry

Advertising, media, health care, retail–what industry isn’t undergoing turmoil or transformation? As a result, people who have spent a decade or more working their way up in a field that is vastly changing are suddenly hungry to reinvent their careers elsewhere. Their transferrable talents might be less obvious, but think creatively and you might discover your next best competitive weapon.

“We tend to look for talent where we’re used to finding talent, but that search bias can block you from cross-industry finds,” says Marion Poetz, an innovation professor at Copenhagen Business School. To poach from other fields requires some extra legwork: Tap colleagues in adjacent industries who can recommend problem solvers they know; and keep an eye out for universally coveted traits, such as strategic chops and original thinking, rather than sector-specific experience.

Treating outsider hires like experiments will almost guarantee failure. Instead, invest the time in educating them on your industry and provide very specific guardrails, says Kimberly Grotto, whose Chicago-based firm, Grotto Marketing, regularly plucks talent from other fields, including architecture, fashion, and product development. “The magic is in their drive and the way they go about solving problems,” she says.

Every career reinvention isn’t going to be a slam dunk, but the new platform Opus–currently being beta-tested by seed- to Series C-funded startups–is helping minimize those risks. The company coordinates six-month paid positions as a trial run. “We wanted to mirror the consulting world, where people bounce around between sectors and clients,” says co-founder Juliette Lim. Hiring for a project, rather than a full-time position, is also a good way to test-drive before you commit.